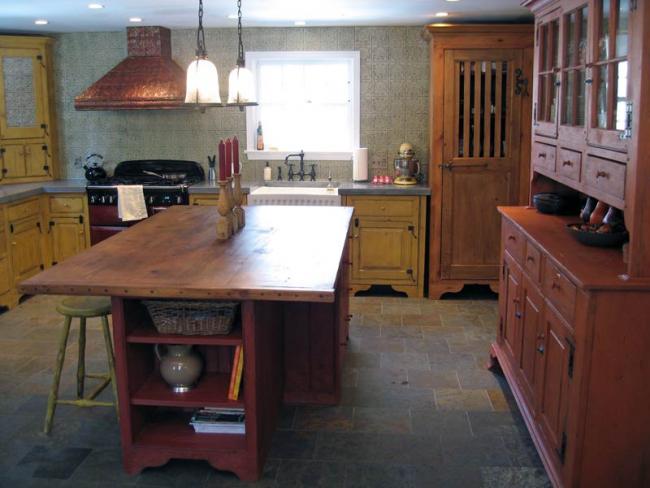 Design Notes: Subtract the modern appliances from this Pennsylvania kitchen and it would look like it belongs in the early 1900s. Of course, the family of four that lives here were not about to sacrifice modern amenities, but they still wanted a space with vintage style to match their early 20th century home. Designer Kevin Ritter and his father Bryce constructed the cabinetry using reclaimed lumber, antique glass and hand-wrought hardware. The island countertop is made from the floor of an old Pennsylvania barn, and the rest of the kitchen's countertops are made from concrete. And while the range is modern, the homeowners chose it from Aga's Legacy Series, which is designed to look like vintage stoves.