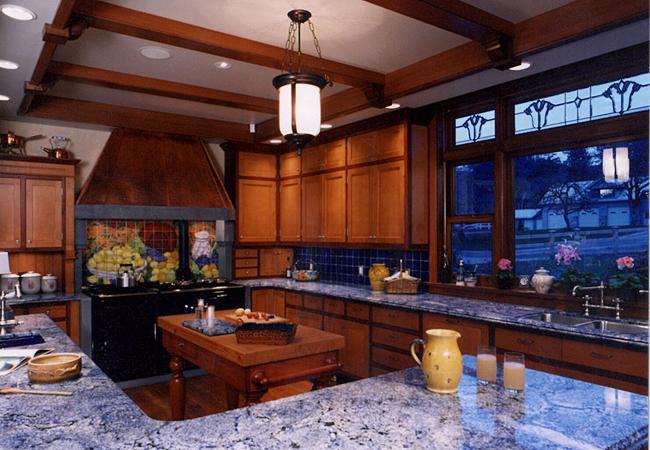 "The house itself is a 1912 farmhouse so it falls into an early Arts & Craft category. It calls for a fairly simplistic design, a clean Arts & Crafts theme, not too fussy. We used flush frame cabinetry, whereby the doors are let into the frame. The frame itself is cherry, while the doors and panels are a stained maple, which brought a simple, interesting contrast to a large space. We took the cabinets right up to the ceiling, with a horizontal rail separating the lower from upper cabinets." 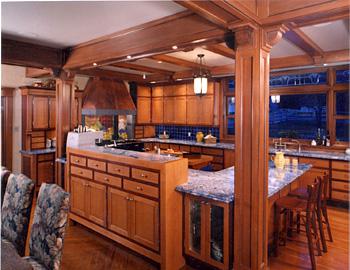 "The trolley-like piece in the room's center echoes the cabinetry, with a maple top and cherry base. The floor has the same contrast of material and lines, with fir in the kitchen and oak in the adjoining space. A built-in buffet matches the cabinetry for an integrated feel."