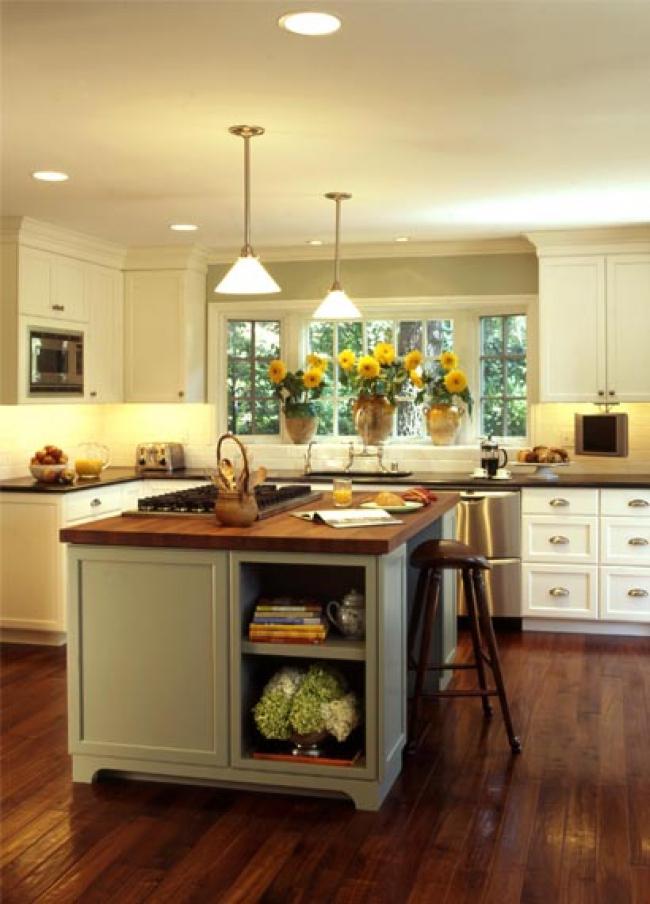 "With its airy feel, this space is a sharp contrast from the original kitchen, a tight and limited area. The homeowners desired a large, open, efficient space with designated areas to bake, cook and gather. By initially eliminating walls that formed a walk-in pantry and relocating an exterior door, the room immediately became more spacious. Custom features include hidden electrical outlets, a cabinet for the mixer and a second sink to serve as a bake center, prep center and bar." 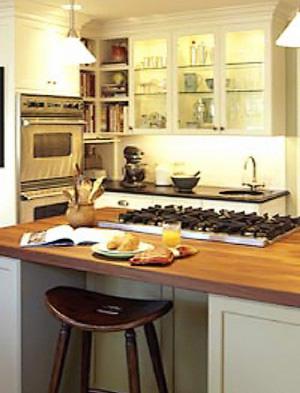 "The island cabinetry echoes the green walls and is topped with a dramatic imported Iroko wood countertop by Spekva. A Viking cooktop makes the island the kitchen's cooking center."